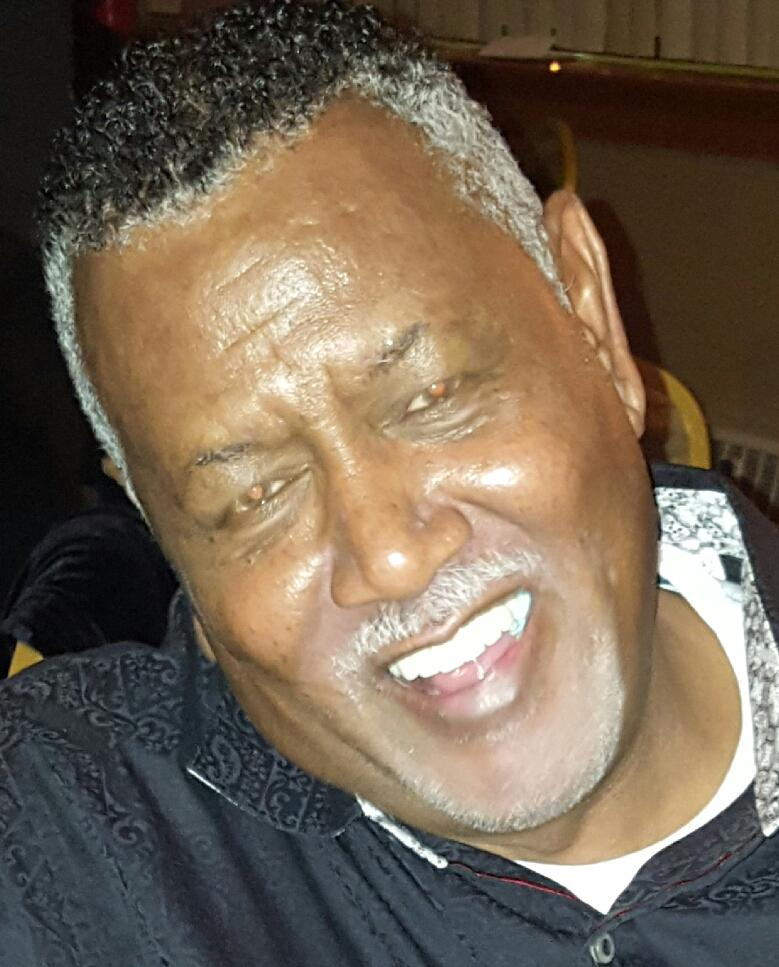 Please share a memory of James L. Carter to include in a keepsake book for family and friends.
View Tribute Book

James Lee Carter also known as Charles Curry, was born in Sylvester, GA. on July 15, 1954 to Mary Lee Carter and the late Leonard James Nelson.  When James was a baby, his mother moved to Harlem, New York and James remained in Georgia and was blessed to be raised by his grandparents George (Buddy) and Christine Curry.  It was his grandfather who affectionately nicknamed him Charles.  Being raised by his grandparents also meant being raised with his aunt Jannie who had 3 daughters; Pamela, Katherine, and Gloria.  Although they were 1st cousins, they were raised like sisters and brother.  They all doted on, spoiled, and protected James as he did them.

James gave his life to Christ at an early age.  He attended grade school at New Hope in Warwick, GA and J.W. Holly High School in Sylvester, Georgia where he played on the football team until a knee injury that required surgery ended his ability to play.

Meanwhile, shortly after moving to NY his mom met, fell in love and married James Edward Little known to everyone as Mr. Bill.  James affectionately called his stepdad Pop and they had a great relationship.  This union produced 3 boys and James became a big brother to Billy, Robert Lee, and Donald.  James and his brothers developed a close-knit relationship.  His brothers looked up to him and they admired and protected each other.

At the age of 19, James joined his family in Harlem, New York and gained employment with NYC Department of Parks where he worked for several years and drove a Medallion Taxi as his side gig.  In 1984, he was hired by Citi-Wide Maintenance under the Local 32 BJ Union.  Having an entrepreneur mindset, James always wanted his own business and in 1996 (while still working for the city) he started his own cleaning company called “For A Clean Sweep, Call”.  For many years Clean Sweep was successful and serviced over 20 showrooms that were housed in the same building at 1466 Broadway in which James also engineered with First Quality Maintenance (Local 32 BJ). In 2012, James decided to end the business when that building was converted into what is now a Hotel.

Like most of us, life bought on many challenges for James, good, bad, indifferent etc.  In his personal life James doted on the love of his heart, the late Dorothy Shephard who lived in the same building as James’ family in Harlem.  After many years together their relationship produced a son Christopher Carter but being unsure of where their relationship was going James and Dorothy parted for a few years.  During this separation James fathered a son, Allen Jackson.

In the early 90’s James and Dorothy rekindled their relationship.  James joined Dorothy and their son Christopher in Uniondale, New York. An effort to be a part of the Uniondale community, led James to take on a part-time position in the evening at The Uniondale Public Library and eventually he became a full-time Supervisor of the Custodial Maintenance Department.  As a loving father and soulmate, James enjoyed his family and the sense of security it brought. Especially family travels and rare moments like teaching his son to drive, defend himself and become a respectable steward.  His proudest moment was to see his son Christopher graduate from Morehouse College, Atlanta GA and then onto marriage. In 2013, His first Grandchild Christian was born, and they too formed a strong bond. Christian affectionately called him Pop Pop.

In 2008, a chapter in James’ life ended when Dorothy suddenly passed away and a great sadness came upon him.

In the month of April 2010, the Lord beckoned, comfort for James when on a beautiful, sunny, Saturday afternoon, for no apparent reason, the random falling of a tree from James’ back yard barely missed coming through the bedroom window of his current wife, Cynthia Lurry-Carter.  A single mother raising two sons, Rashard Cleveland and Tony Ramsey, Business Owner of EHD the Beauty Shop and fulltime Undergraduate student at Kaplan University.

In her obedience, Cynthia accepted God’s call, and after four years of courtship they were married on December 29, 2014.  James developed a great relationship with Tony and Rashard. He showed them how he wanted to be respected and received that same respect in return. This chapter of James' life ushered in a multitude of grandchildren. Grandfather-hood suited him well and he adored his grandchildren and they adored him.

Working at the library afforded James the opportunity to meet and mentor not only the young guys but men of all ages.  James was a strong advocate and supporter of “Be Encouraged Ministries and the Satisfied Teen Mentorship Program.  EHD The Beauty Shop became an important part of his life and he made himself available to the needs of his wife, the staff and the clients.  James was a very resourceful man in his craft, his spirit and knowledge of stuff.  He was a blessing to many.

In 2016 a terrible fall broke James’ femur bone and an emergency surgery left him with pins in his leg.  This diminished his quality of life and gave him a stronger pimp walk (aka a limp) but he still loved and enjoyed his life.

James was a great husband, he loved his wife’s, banana pudding, his remote control, watching his sports and spending quiet time at home.  His greatest love was music.  He and his wife enjoyed singing to and with each other around the house for fun-time.  He listened to all genres of music but preferred Bobby Womack, Amy Winehouse, Etta James, Nina Simone and Andra Day, but his all-time favorite was Sam Cook especially his song “The last mile of the way”

James was looking forward to experiencing another level of life…(retirement from the labor force). James retired from Local 32 BJ in 2019 and in December 2020 he retired from the Uniondale Public Library.  February 21, 2021 allowed James to witness another milestone in his son Christopher’s Life as he married Nikia LeGrand now Carter. As he says, “When you become a Carter, you become smarter.” He had a great time with his family and looked good in his favorite tux. James was looking forward to more grandchildren and spending time with his family. On February 27, 2021 James was called to his eternal rest.

To send flowers to the family or plant a tree in memory of James L. Carter aka Charles Curry, please visit Tribute Store
Saturday
20
March

Everyone is welcome to attend the viewing between the hours of 9-10AM. However, the Homegoing celebration is by invitation ONLY. Due to Covid restrictions there’s a limit to the number of guests allowed to attend services. There will be an option to watch the service live. This option provides you with the opportunity to watch the service with family and friends from the comfort and safety of your home. The link to watch the livestream will be uploaded to Mr. Carter’s page a day before the service. Please check the webpage continuously for updates.

Share Your Memory of
James L. Carter
Upload Your Memory View All Memories
Be the first to upload a memory!
Share A Memory
Send Flowers
Plant a Tree