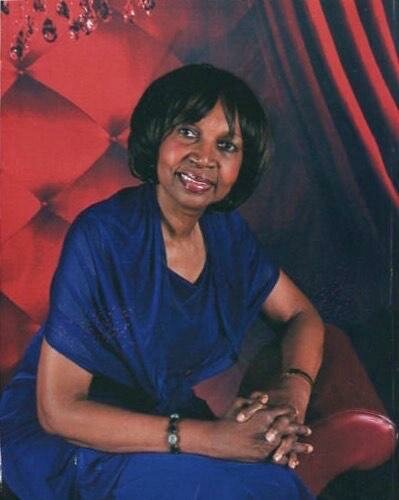 Please share a memory of Louise to include in a keepsake book for family and friends.
View Tribute Book

Pamela Louise Camille Osborne, daughter of the late Hermiston Ulrich Seifforth and Vera Agatha Seifforth was born on March 25th, 1945 in Georgetown, Guyana. Pamela attended British Guiana Educational Trust H.S. where she studied and excelled in many courses, particularly French, - a language she loved immensely. While attending British Guiana Educational Trust, Pamela met her future husband and the love of her life, the late Vivien Bennett Osborne. After several years of courtship, they were married in September of 1968.

Pamela migrated to The United States in 1969. She lived many years with her husband and family in Brooklyn, New York. Pamela and her husband were committed to their family, always working tirelessly to ensure that their family was taken care of, many times putting the needs of their children above their own. In the Summer of 1979, Pamela and her family moved from Brooklyn to Hempstead, NY.

Pamela had over 20 years of service working in accounts payable and accounts receivable at Arlington Press Inc. She worked diligently and was loved by the owners of the company and her co-workers. She was affectionately referred to as “Weezy” or “Ma”. When her employers sold the business in the early 2000’s, Pamela returned to the career that she began as a young woman in Georgetown, Guyana: caring for the sick. She worked for the Self Help Agency as a Home Health Aide. She was an exemplary employee who gave excellent care to the elderly, and peace of mind to families in their time of need.

The early 2000’s was also the period in time when Pamela came to Christ and accepted Him as her Savior. She became a faithful member of Hempstead Assembly of God. Under the pastorship of the late Richard Brockaway. She actively served in several Ministries, including The Choir, The Food Pantry, and The Missions Ministry. Pamela was a powerful Prayer Warrior, interceding and petitioning for others.

On January 18th, 2023 Pamela transitioned from this earthly realm and returned back to Glory. She is survived by her son Coswell, her daughter Camille, her brother Stanwyck, sister Rosemarie, cousin Fredell, granddaughter Alera, grandson Noel Jr. and a host of nieces, nephews, and relatives that she loved dearly. Pamela left an indelible mark on the lives of those she touched. We will miss her sweet and caring spirit, her smile and her laughter, but we find solace in the rich legacy that she leaves- knowing that one day we will see her again.

To send flowers to the family or plant a tree in memory of Louise Osborne, please visit Tribute Store
Saturday
28
January

Share Your Memory of
Louise
Upload Your Memory View All Memories
Be the first to upload a memory!
Share A Memory
Send Flowers
Plant a Tree