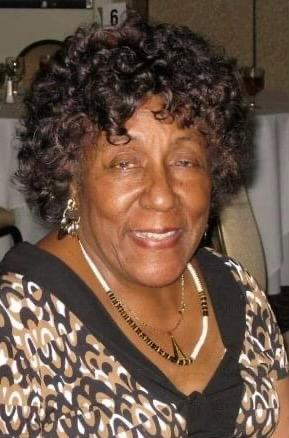 Please share a memory of Carrie to include in a keepsake book for family and friends.
View Tribute Book

My Mom, Meta Marshall, was born to Florrie (Rush) Marshall and Clarence Boisey Marshall in Orangeburg, SC . Unfortunately both her parents succumbed to tuberculosis, within weeks of one another, by the time she was two years old. She was raised by her paternal Grandmother Ida (Fridie) Jones, Aunt Adele (Marshall) and Uncle Clinton Smith up north in Brooklyn NY. During those early years she celebrated her birthday in May. It was not until high school that she found out that she was really born in July and her named was spelled Meter. Much to everyone’s surprise, she decided to change that name to Carrie Meta. Carrie graduated from Girls High as a volleyball player and superb tap dancer. Dancing was her joy then and all the way to the end!

At work, she met her military airman, James Alexander Ravenell, who forever changed her life. They married in October 1954 and became the family gypsies. They were stationed in Maine by plane, Japan by ship, Louisiana by car and Plattsburgh by air. But there were the mandatory moves BACK to Brooklyn in between each new location with their little girls, Brenda and Daneen in tow. In 1969, after a 20 year stint in the Air Force they retired in Roosevelt, NY where their son Derek was born in 1970.

All throughout Carrie worked various Civil Service positions at Fort Totten, Brooklyn Navy Yard, Plattsburgh Air Force Base and St Albans Naval Hospital. She actively attended all of her kids track meets and games, and ruled with an iron fist. She was adamant about voting and education for her children. College was not optional! You never had to wonder what was on her mind since she always meant what she said, and said what she meant!

Carrie retired in 1994 and became more active in Roosevelt’s educational arena. She enjoyed attending family reunions, dancing to her music, viewing her television shows, being with her grandchildren, eating oxtails and going to the Chinese Buffet. And of course she was a NY Knicks fan!

These past couple of years watching her family be met with poor health and misfortune, that heartache took a toll on her. She will be missed.

Her husband James Alexander Ravenell preceded her in death, as did her daughter Brenda Ravenell and son Derek Ravenell.  She is survived by her daughter Daneen Ravenell Cooper, her son-law Maurice Cooper, grand children Kellen Cooper, Elana Cooper and Adebunmi Gbadebo and a host of cousins, nieces, nephews and friends.

To send flowers to the family or plant a tree in memory of Carrie Ravenell, please visit Tribute Store
Friday
12
November

Share Your Memory of
Carrie
Upload Your Memory View All Memories
Be the first to upload a memory!
Share A Memory
Send Flowers
Plant a Tree