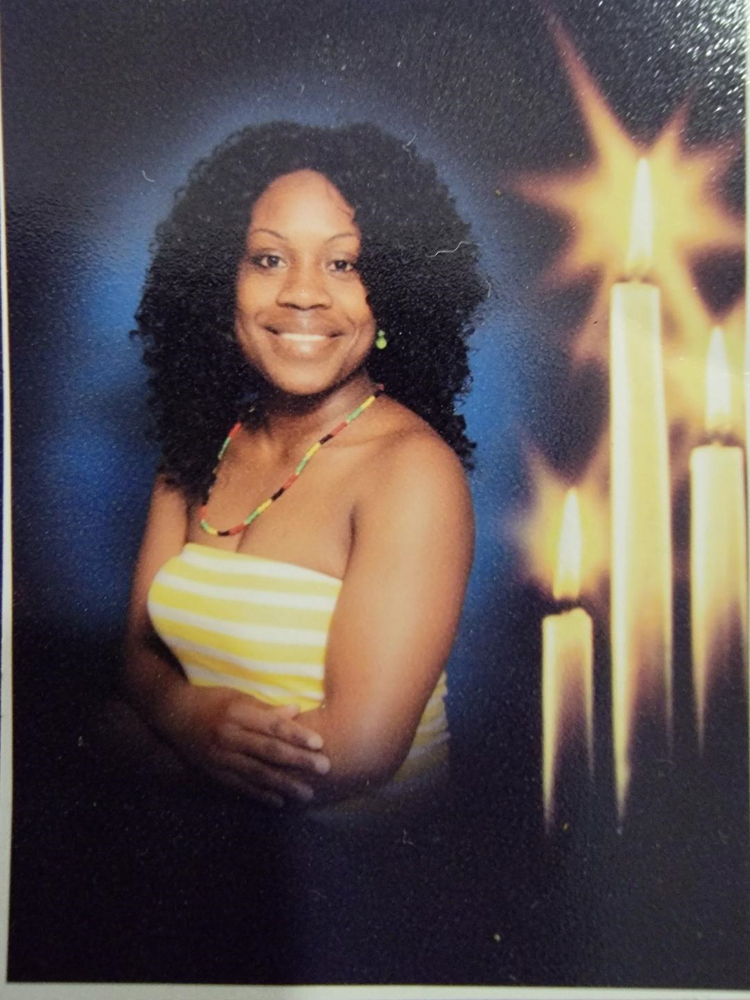 Please share a memory of Sureta to include in a keepsake book for family and friends.
View Tribute Book

Our beloved mother, daughter, granddaughter, sister, aunt, niece, cousin and friend, Sureta Watson passed away August 3, 2021, after her battle with cancer. Born in Spanish, St. Catherine on April 18, 1986, to Vickie James and Paul Watson, Sureta grew up with her loving older siblings. She attended Sydenham Apostolic Basic School and Jose Marti High School where she was able to shine through her dedication and intellect. It was her love for reading that allowed her to excel in school. When Sureta wasn’t busy reading novels or climbing fruit trees, she was hiding to avoid getting her hair washed by her big sister Simone. Hair washing was not the only thing Sureta avoided. Her older brothers, Mark and Dujohn would comb her hair in styles she often mocked. Sureta always had a jovial personality and her bright smile and laughter was contagious, even when she was going through the most difficult times.

On May 13, 2003, Sureta became a mother to her only son Julani. She often referred to him as the only man and love of her life. Sureta and Julani’s relationship was one of friendship and love. She played the role of mother and father to her son for many years and loved him endlessly. Being a mother has truly been an enriching and rewarding part of her life. It may have truly been what has allowed her to push through the obstacles that life threw at her. Sureta would do any and everything in her power to keep her son healthy and happy.

In 2007 Sureta decided to migrate to the United States. She was beyond excited to begin this new journey of her life. Her decision to make such a move was influenced by her determination to provide a safer and better life for herself and her son. Sureta’s migration journey started in Panama City, Florida, then to Queens, New York, and finally in Palm Bay, Florida. During her time in New York, Sureta made many lifelong friends who she always kept in contact with. To her dear friends Raymond and Cassie who called on a regular basis to check up on her and just to catch up, she loved hearing from them both. Sureta also further her education while in New York. She attended Allen School of Nursing where she earned a certificate in Medical Assistance. This helped to land her in numerous positions in the medical field. One of her most memorable work was at Holy Cross Medical Clinic in Florida where she was a valued employee. Although Sureta lived in New York for a longer period of time, she felt more at home in Florida. Sureta moved to Florida in 2015. She loved the beach and the warm weather. During her time in Florida, Sureta was able to make memories with her two cousins Andre and Tamara and their family.

In December 2014 Sureta and Julani visited her sister and family in the Cayman Islands. During that time, they made frequent trips to the beach and enjoyed eating fruits off the trees. Sureta and Julani gave their life to the Lord in 2014 by water baptism. Sureta was always strong in her faith, especially during her battle.

Sureta never wanted her friends and family to see her in her worst state. We know she would want us to remember her best moments. So, when you think of Sureta, celebrate the good memories you have of her.

To send flowers to the family or plant a tree in memory of Sureta Watson-Vaughan, please visit Tribute Store
Saturday
21
August

Share Your Memory of
Sureta
Upload Your Memory View All Memories
Be the first to upload a memory!
Share A Memory
Send Flowers
Plant a Tree