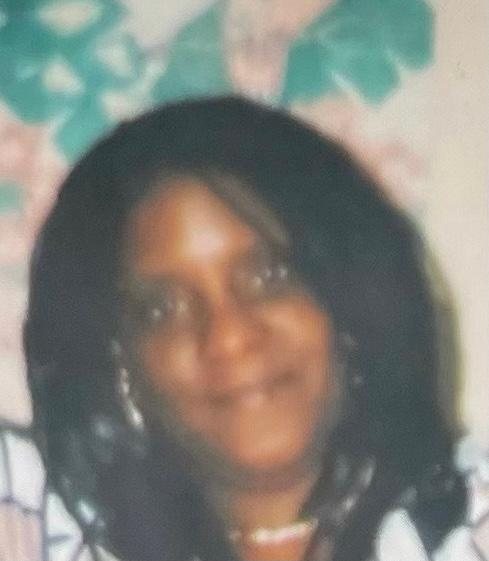 Please share a memory of Sylvia to include in a keepsake book for family and friends.
View Tribute Book
Sylvia Jackson Collins was born on July 22, 1953, at Mount Sinai Hospital in New York, New
York to the late Milton and Gladys Jackson. She was the oldest of three children (Deceased:
Stephen and Sonya). She entered into eternal rest on July 18, 2021, at the Good Shepherd
Hospice at Mercy Medical Center in Rockville Centre, New York, at 67 years of age.
Sylvia earned her high school diploma from Roosevelt High School in Roosevelt, New York.
After high school, she served as a personal care assistant with Nassau County Medical Center
in East Meadow, New York, where she worked until retirement. She was a devoted worker who
always put forward the best interests of her patients with professionalism and love.
Sylvia gave birth to her daughter Carolyn Suzanne, and later met the love of her life, Clyde
Ronnie Collins, in 1987. They lived together for 34 years and were officially married in June
2004 in Las Vegas, Nevada.
Sylvia was a dedicated wife, mother, grandmother, family member, and friend to many. She
deeply loved her grandchildren and invested a lot of quality time in them.
As we all know, Sylvia had a fiery personality--and, didn’t hold anything back. She was not
afraid to tell you or anyone what she was thinking, good or bad. She was a woman who if you
wanted to be told (or not), would tell you--as many of us know!
In her later years, Sylvia encountered many challenging ailments with numerous painful
procedures that she endured. Nevertheless, she had an extremely strong will to live and fought
to the very last.
Sylvia leaves behind to celebrate her life: husband, Clyde Ronnie Collins; daughter, Carolyn
Suzanne (Tre) Manson; brother in law, Gordon Geoffrey Collins; sister in law, Dale Jenkins
Collins; four grandchildren: Jason Thomas, Janasia Thomas, Tremane Manson, and Tamari
Manson; great-grandchildren: Jasiyah Prince and Jaece Thomas; “special” family members
(cousins) Gennece Hampton, Shelena Ivey, Sharon McLaurin, James “Jay” Jones; and, a host
of nieces, nephews, cousins, and friends.
To send flowers to the family or plant a tree in memory of Sylvia Collins, please visit Tribute Store
Tuesday
27
July

Share Your Memory of
Sylvia
Upload Your Memory View All Memories
Be the first to upload a memory!
Share A Memory
Send Flowers
Plant a Tree