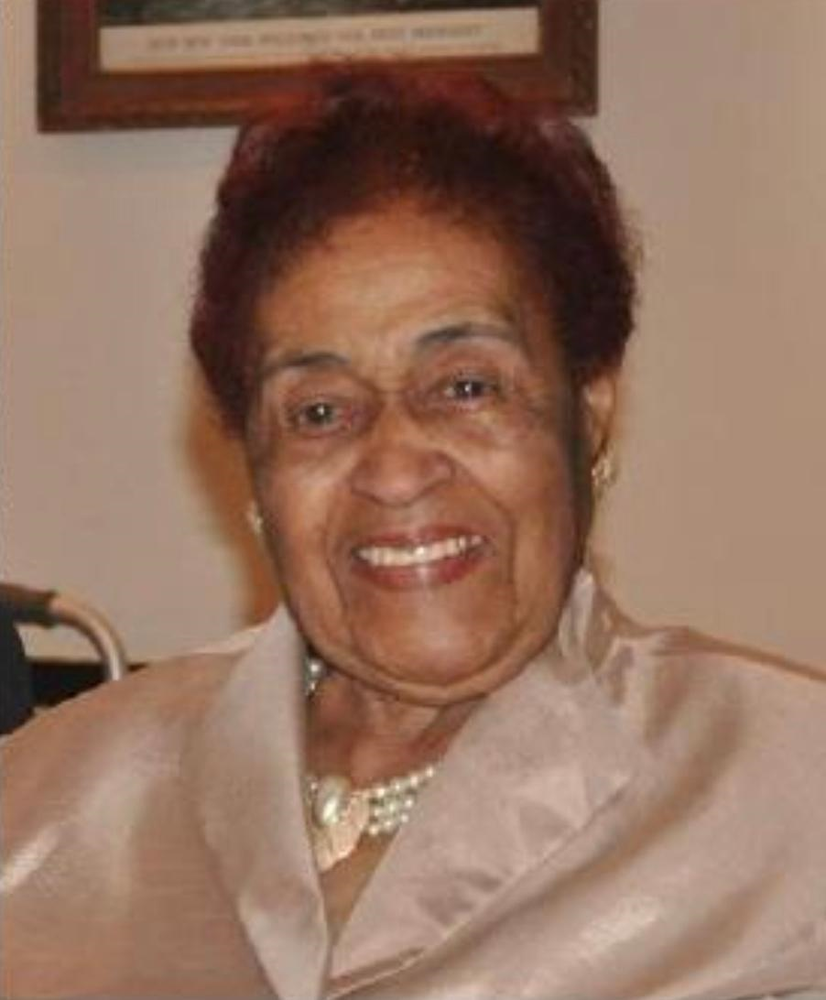 Mother Geneva Estella Gill was born on July 9th, 1920 in Johnson City, Tennessee. She was the first born of two children to Mr. and Mrs. William and Ella Vaught. Geneva Vaught matriculated through the Douglas Elementary School system and graduated from Langston High School. She earned a Bachelor’s degree in Early Childhood Education from the University of Massachusetts. She continued her education by working towards her Master’s degree at Long Island University in Brooklyn, NY

Geneva’s childhood and young adult hobbies included sewing, cooking, and playing on the Junior High basketball team. Even as a young girl she knew that ultimately she wanted to be a Teacher.

Geneva met John Gill at the tender age of three years old and he was six years old. John noticed Geneva attending her grandmother’s church next door to his house. He made up his mind that Geneva would be his wife. As destiny would have it, they were joined together in Holy Matrimony on June 9th, 1946. From this union were born two beautiful gifted daughters; Vanessa Rebecca and Sybel Eileen.

Geneva Gill moved with her husband from Tennessee to Ohio, then to New Jersey and from there to Brooklyn, NY to Rockville Centre, and finally Freeport, NY After settling down in New York, Geneva and her husband John established a restaurant in Brooklyn and also the Westchester Plating Company in New Rochelle, NY After a fire at that location, they relocated the business to Mamaroneck, NY

Mother Gill had a remarkable professional career. She helped her husband own and operate two enterprises while raising her daughters and teaching at PS 149 Elementary School as a Special Education Teacher in Brooklyn, NY. She also found time to tutor troubled children in her neighborhood as well. After 33 years of service as an Educator, she retired and dedicated herself to church work. Geneva Gill refreshed herself by baking, shopping, and traveling.

Mother Gill’s spiritual formation began in the Fire Baptized Holiness Church where she accepted the Lord as her Savior at fourteen years old. She eventually became a Sunday school Teacher and one of her students became a Pastor. She attended the Church of God In Christ with her daughters and eventually became a founding member of Fountain of Life Church, where she flourished and became a church leader.

As a founding member she became one of the original Trustees of the church. She appointed herself to be on the first maintenance committee. She was ordained as a Deaconess, became a church mother, and a staunch supporter of her Pastor. The Gill family also opened and closed the church for early morning prayer Tuesday through Friday for many years.

On Thursday April 29th, 2021 after becoming a centenarian, the Lord sought fit to call Mother Gill from labor to reward. She was preceded in death by her brother James Vaught, Sr.; her beloved daughter Sybel Eileen, and her husband of 71 years Deacon John Gill. She leaves to mourn her beloved daughter, Vanessa Rebecca, and a host of relatives and a church family that has been blessed by her wisdom and love.

To send flowers to the family or plant a tree in memory of Geneva Gill, please visit Tribute Store
Thursday
13
May

Share Your Memory of
Geneva
Upload Your Memory View All Memories
Be the first to upload a memory!
Share A Memory
Send Flowers
Plant a Tree