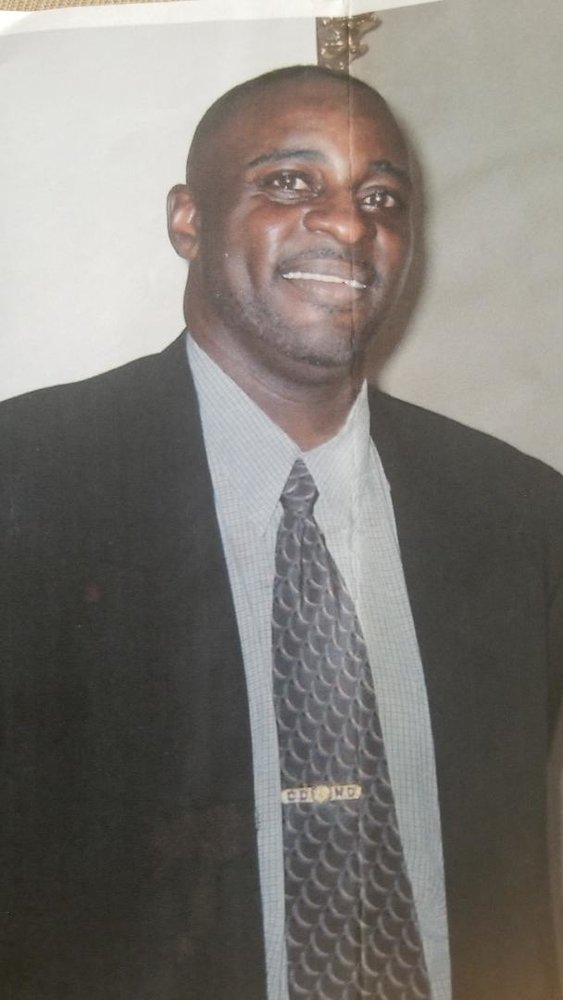 Derek Durante Bullock was born on November 11,1961 to the union of the late William Bullock Jr. and Barbara Bullock.

Derek grew up in the Bedford Stuyvesant section of Brooklyn, NY where he spent his early childhood years through Junior High School.

In the summer of 1976, Derek’s family moved to Roosevelt, Long Island, a suburb in Nassau County.

Following his graduation from high school, Derek successfully completed a course of study in Technical Electricity, Electronics and Digital Computer Technology at PSI Institute.  He was a proficient service technician who specialized in the repairs of Minolta Copiers.  Derek was also awarded a Diploma at Toshiba Technical Training School.

Derek loved anything involving technology.  He would build his own computers and could fix almost anything.   He kept up with all the latest devices be it computers, watches, TVs etc.

In December 1987, Derek began his career at the Nassau County Sheriff’s Department as a Correctional Officer.  He started in Security and became a Shock Officer, (a high impact incarceration program for inmates).  Afterwards, he became a Transportation Officer in the Transportation Unit.  He finished out his career in the Visiting Unit.  Derek completed 25 years of service and was able to retire at an early age.

At a young age, Derek developed an affinity for the Martial Arts.  As a teenager, he received a Certificate of Achievement from the Tyrell Richards Northern Kung-Fu Academy, where he trained in the Northern Eagle Claw and Northern Shaolin style of Kung-Fu. After fulfilling the necessary requirement and passing the formal examination, he was granted the rank of Green Sash 3rd Level.

Derek also attended Black Belt High in Hempstead, NY under the training of his master teacher also known to us as Archbishop Russell James Davenport.  Derek was awarded a Certificate of Achievement and successfully reached the level of Green Belt-Red Sash in the Ketsugen style of martial arts.

Derek had a sincere love of animals.  He had two favorite dogs for many years.  Spice (Pitbull) and Mickey (American Eskimo) were cared for by Derek until their recent deaths.  Derek recently adopted Kobe (Pitbull-Boxer mix) from an animal shelter and gave him a forever home.  The story of Derek and Kobe was featured on ABC National News.  Kobe has a heart disease, and nobody wanted to take on his health challenges.  Derek’s heart was so big that he did not hesitate to bring Kobe home and care for him until he was unable to do so.  This story of Derek is a testament to who he was and how he lived his life.  He had the same loving, caring nature for people.  His desire was to help people.  He was a good listener and extremely easy to get along with.

His calm and matter of fact way of solving problems put everyone at ease.  His illuminating smile with those special dimples were very contagious.  He had a way of making us laugh and always reminded us to enjoy life.  Derek will be deeply missed because he brought so much peace and joy to our lives.

Derek was preceded in death by his father, William Bullock, Jr.

He leaves to cherish and will be lovingly remembered by his mother Barbara Bullock, and his sister Tanish Bullock.  His uncles; James Bullock of Pinetops, NC and Henry Taylor of Austin, TX.  His aunts; Emma Winston of Coral Springs, FL, Rosa Bullock of Fayetteville, GA, Christine House of Pinetops, NC and Ann Ford of Washington, DC.  Derek also has a host of cousins and friends who love him and will miss him always.

To send flowers to the family or plant a tree in memory of Derek Bullock, please visit Tribute Store
Friday
7
May

Share Your Memory of
Derek
Upload Your Memory View All Memories
Be the first to upload a memory!
Share A Memory
Send Flowers
Plant a Tree