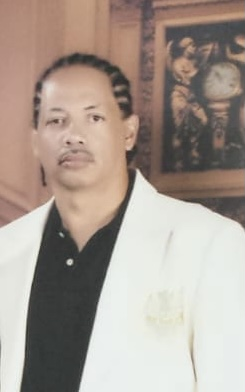 Christopher Paul Stennett was born on November 13, 1962 in Clarendon Jamaica West Indies. He was the fifth child of Julian Wong.

Chris migrated to the United States of America at the age of 16 where he continued his education and later created his family. He attended Truman High School in the Bronx before going on to Kingsborough Community College.

In 1988 Christopher met Jackie and the two would go on to have a son Ackeem. He later met Marcia and they were married on December 7th, 1993. They have two children Brandon and Brianna. Christopher accepted Jesus as his lord and savior and he was a faithful member of the United Community Church of God.

He loved the open road and therefore worked many years as a driver for various trucking companies until he finally started his own company, CPS Trucking. This love for the open road led him to take trips and cruises with his family to explore the many wonders life has to offer. Chris was known for his skills in the kitchen and on the grill. Whenever he was grilling the aroma would attract many visitors in hopes of tasting delicious food.

Christopher is survived by his wife Marcia, his children Ackeem, Brandon, Brianna, his grandson Christian, his mother Julian Wong, his brothers Allan, James, Carl and Charles, his countless relatives in Jamaica, Canada, England, the USA and not forgetting his United Community Church of God family.

To send flowers to the family or plant a tree in memory of Christopher Stennett, please visit Tribute Store
Saturday
10
April

Share Your Memory of
Christopher
Upload Your Memory View All Memories
Be the first to upload a memory!
Share A Memory
Send Flowers
Plant a Tree