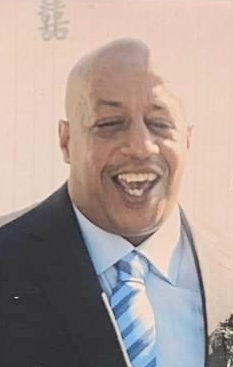 Please share a memory of Sean to include in a keepsake book for family and friends.
View Tribute Book

Sean Ronald Mason passed away on February 8, 2021 at the age of 52 at St, John’s Episcopal Hospital Far Rockaway, New York.  Sean was born in Winston Salem North Carolina on January 4, 1969. At the early age of nine months Sean and his family returned to New York when his father returned home from Vietnam. Sean attended the Lawrence Road Elementary school, continued his education at Uniondale High school and graduated from Lee High Valley Technical Institute in Queens, New York.

Sean was passionate about sports; the jets was his favorite team. He expressed his passion as he took on the role of being coach for his son’s little league football team, he was also a sports mentor to many others. Sean was known for having a kind and gentle soul and was loved and respected by his family and friends; he always had a smile on his face and a positive word to share with whomever he encountered. Sean was affectionately known as “Father Wise”, he was fluent in Arabic and an avid pursuer of knowledge. Sean was also quite a joker amongst his peers, he will truly be missed.

Sean was preceded in death by his wife of eight years, Quanicka Mason, their son baby Elijah, and his father Ronald Walter Mason. He is survived by his loving mother Linda Mason Lloyd of High Point, N.C. Two sons, Jamel (and his mother Faye Logan) of Charlotte N.C., and Dashawn also known as DaDa of Inwood Long Island. One daughter Shianne also of Inwood, L.I, one Grandson Jayden, one sister Tiffany and her husband Paul Middleton of Bethlehem, PA., one sister-in law Sekethia Haywood of Inwood, LI., three aunts; Cherrie Burgess of Greensboro NC., Sheila Mason-Morrison of Uniondale NY., and Dot Jones of Hempstead, NY. Four Uncles; Charles Wadelington of Raleigh NC. Frank Wadelington (and his wife Pam) of Belewscreek, N.C., Edward Wadelington (and his wife Sylvia) of Irmo, S.C., and Gerald Wadelington of Seattle, Washington.  A host of nieces and nephews, a life time friend Shawn Haynes also known as Sincere, and many other relatives and friends.

To send flowers to the family or plant a tree in memory of Sean Mason, please visit Tribute Store
Wednesday
24
February

Share Your Memory of
Sean
Upload Your Memory View All Memories
Be the first to upload a memory!
Share A Memory
Send Flowers
Plant a Tree