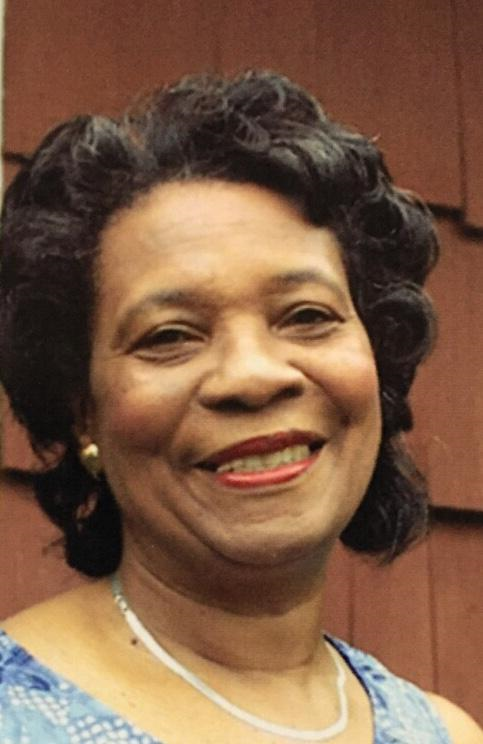 Gracie attended West End High School in Clarksville, VA.  Upon graduating, Gracie matriculated at St. Paul’s College – a historically black college located in Lawrenceville, VA – where she received her Bachelor of Science degree in Business Education.  While at St. Paul’s, Gracie became a member of the Delta Sigma Theta Sorority.

After graduating from college, Gracie moved to Philadelphia, PA to live with her mother.  Gracie and her mother then resided in Bronx, NY for some time.  It was in Manhattan that Gracie met her beloved husband Robert Settles.  They were united in holy matrimony on June 18, 1960 and were blessed with three children – Rodney Edward Settles, Linda Marie Brown and Margaret Glenn Otiti.

Gracie was licensed to teach in Virginia and in New York.  For many years, she was a devoted business skills teacher for the Vocational Education Extension Board (VEEB) in Freeport, NY, the Nassau County Correctional Center in East Meadow, NY, and Business Informatics Systems in Valley Stream, NY.  While at VEEB, she found a good friend in Mrs. Margrette Witherspoon.

Gracie loved being with her family.  She enjoyed preparing Sunday meals, and baking cakes for dessert.  Her children fondly recall her frequently saying that she had to “have something sweet in the house for Daddy.”  One of her favorite pastimes, after making sure that everyone was well fed, was – as she would say it – “putting her head in the paper.”  Over the years, Gracie also enjoyed travelling to South 4th Street in Brooklyn to visit with her twin sisters Mable and Margaret, to Lenox Terrace in Harlem to spend time with her sister Nannie, and to the Lower East Side in Manhattan to visit with her in-laws the late Rollie Settles, II and his late wife Mary.  She looked forward to road trips to her childhood home in Clarksville, VA to share fond memories with her siblings Robert, James and Mary while relaxing on the family farm.  She also cherished the telephone conversations about family, life and God that she had with her brother Henry.  In recent years, Gracie made a point of making sure that her husband Robert was aware of, and made it to, every one of his doctors’ appointments, although she sometimes “missed” her own.

Gracie was always willing to help her family and her generosity was truly appreciated.  She was affectionately referred to as “Grace,” “Mom,” “Grandma,” “Granny” and “Grammy!”

Gracie accepted the Lord at an early age and was a faithful member of Naomi Temple A.M.E. Zion Church.  She diligently served many years on the Steward Board as the Treasurer/Financial Secretary and for a brief stint as the Preacher’s Steward (Chairperson of the Steward Board).  Gracie was a devoted Assistant Sunday School Superintendent and Sunday School teacher.  She also enjoyed attending Bible Study and regularly called in to the Church’s Prayer Line to share testimonies and to pray.  Gracie was a “Sweet” person!  She touched many – both young and old – with her kind spirit, friendly demeanor and warm smile.

To send flowers to the family or plant a tree in memory of Gracie Settles, please visit Tribute Store
Saturday
3
August

Share Your Memory of
Gracie
Upload Your Memory View All Memories
Be the first to upload a memory!
Share A Memory
Send Flowers