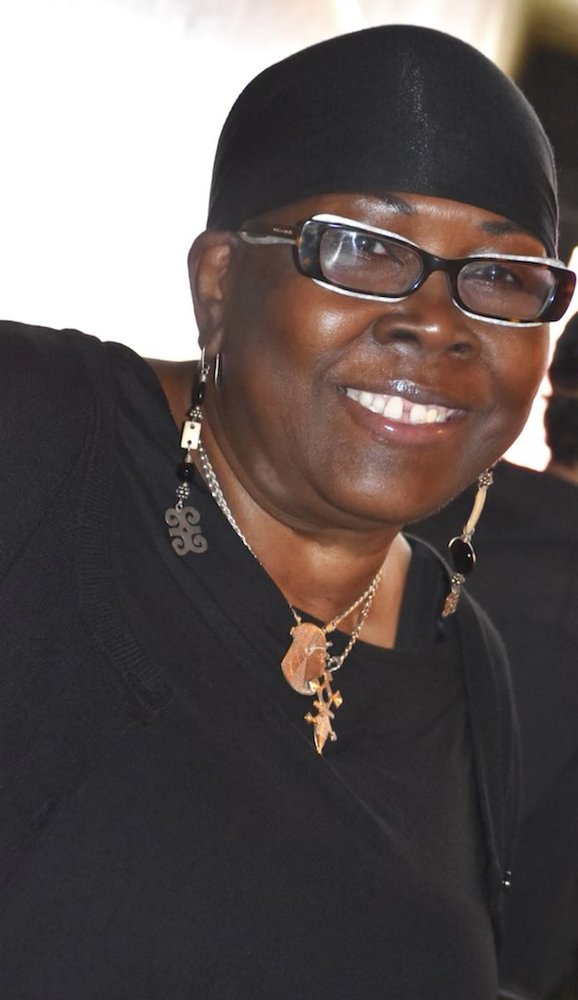 1948, the year that changed the lives of many but especially Charles “Cherokee” Bowman Sr., and Evelyn Gertrude (Williams) Bowman.  On September 16, a Queen was born, Mutht Unrah Nu {birth name: Linda Patricia Bowman} in Astoria, Queens.  She was the oldest child of the tribe called Bowman.  Mutht affectionately called Sistah Nu, graduated from Long Island City High School, of Queens, NY.  After graduating out of the NYC school system, Mutht and her family moved to Roosevelt, Long Island, NY. It was then she met Robert Shaw Sr, and from that union they had a son, Robert Shaw Jr, also known as Akh Amen. Eleven years later she met Real Nu, and from that union they had two daughters Anunu and Keket.

In addition to caring for her biological children, Mutht’s Love extended far and wide to children she cared for as her own, Ustem and Heb; Ma’anet, Seseni, Mekter and Un-Nefer. This alone demonstrates the loving and nurturing character of Mutht, establishing the epitome of an African family structure.

In the 1980’s, Mutht was a social activist and mentor.  She was a Garvey-ite and an honorable member of the Pan Africanism Movement.  She and her daughters often participated in the Marcus Garvey Day parade and other events that contributed to the movement.

Mutht was a Spiritual and God-fearing woman. She was no stranger to hard work; while she had a full life as a mother and caregiver, she also had time to serve her community. She worked with several community outreach programs and was a member of various organizations like Sister’s in the Struggle. She later retired from the Nassau County Police Department as a 911 operator for over 20 years.

After retirement, Mutht began to stamp up her passport.  She visited Ghana twice, cruised at least twice a year to the Caribbean Islands, Alaska and other states within the US. She was also a lover of many genres of music-depending on her mood you could hear Old School R&B, Gospel, Jazz or House music all in one setting. She knew how to have a good time, she knew how to party, and she lived her life like its Golden. She was an entrepreneur who became a self-taught Loctician and started her own business: “Nu-Locs”.  She had a large clientele and was featured in hair magazines showcasing her craft.

If you know Mutht, you know she is a lover of African Art, textile, statues and artifacts.  Over the years she has built an immense collection of these things, visiting her home has always been a cultural experience.  Additionally, you would almost always find her in fly custom African attire. Mutht was also known for her cooking and baking talents.  She could be found baking banana bread, her famous blueberry peach cobbler and sweet potato pies that made you forget about Patti.

Mutht has left us with a void that only God can fill.  Seventy-Two precious, beautiful years were her allotment from God.  We have this hope that we will be reunited with her on that Great Day when death will no longer separate us.

To send flowers to the family or plant a tree in memory of Mutht Nu, please visit Tribute Store
Thursday
11
February

Share Your Memory of
Mutht
Upload Your Memory View All Memories
Be the first to upload a memory!
Share A Memory
Send Flowers
Plant a Tree