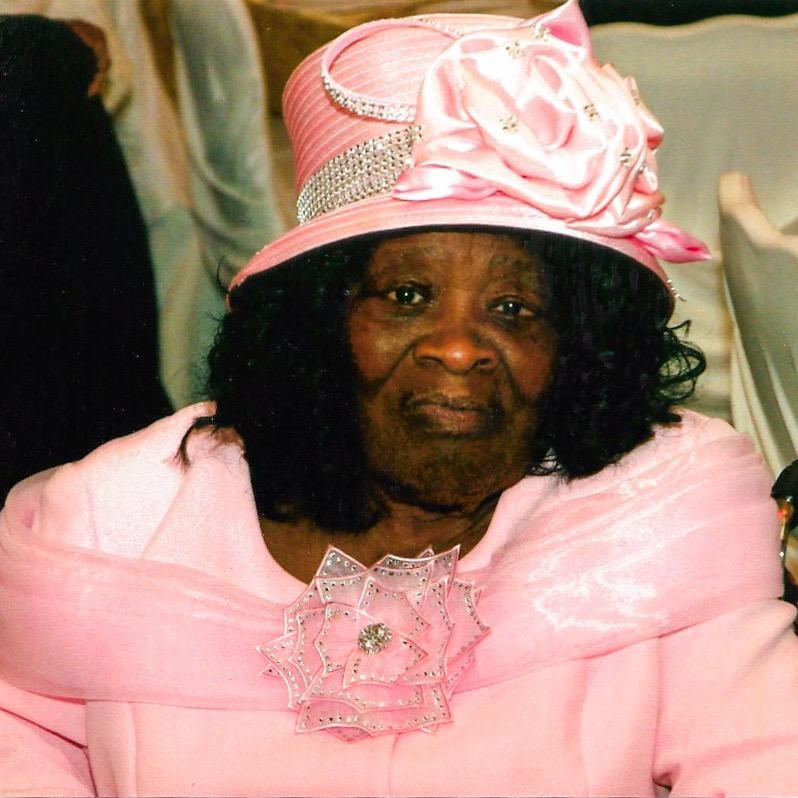 Please share a memory of Enis to include in a keepsake book for family and friends.
View Tribute Book

Something special happened in quiet, rural community of Axe and Adze, in Hanover, Jamaica West Indies. On March 31, 1933, a bouncing baby girl was born to Emelyn and David Brissett and they named the child Enis, but affectionately called her “Mama” or “Sis Dee”. She was the eldest of four children: Owen Brissett who predeceased her in 2017, Pearl Brissett-Goulding who predeceased her by ten months, and her surviving `brother, Palri Brissett. Enis (Mama) received her early education at the Hanover Elementary school and after completing school, she relocated to Westmoreland where she acquired her skill in dressmaking. In 1954, she caught the eye of Hubert Davis, and on August 13, 1961, Enis and Hubert were married. From this union came five children, Paul, Cynthia, Earl, Janet and Lorna in addition to the family he brought to the union with him: - Delroy, Errol, Carole. Together they bonded as siblings, and no one could tell them apart.

While living in Westmoreland, Mama settled at the Savannah-la-Mar Seventh Day Adventist Church and served for over 30 years in various positions: Head Deaconess; Sabbath School Teacher; she managed and was overseer for The Dorcas and Benevolent Society, known now as Community Services; Personal Ministries as a Bible Worker, bringing many families to the Lord; Health and Temperance Leader; Prison Ministries Leader; Music Department as Choir Director. God gifted her with a rich alto voice and she used it to bless the name of the God. All through to her senior years Enis (mama) enjoyed singing in several groups and with various choirs.

Enis was very well-known for her cooking and baking talents and could always be found whipping up a wholesome meal. She was especially prominent for her sweet potato pone, cornmeal pudding and Tie-a leaf (or blue draws). Her cooking always provided physical nourishment to many members of the Savannah-la-Mar community as the love she poured into it nourished their souls and fed their bodies.

A passionate lady and no stranger to hard work, she made many sacrifices to make sure her children were well cared for.  In addition to caring for her biological children, Enis (mama) love extended far and wide to children she cared for as her own Delroy, Errol, Monica, Polly, Newland, Carole, Keith, Angela, Paula, Marcia and Paulette, and there were many others who claimed her as their mother, too numerous to mention here today.

In 1993, Enis migrated to the United States and resided with her sister Pearl Goulding and her family.  in New Jersey. While in New Jersey with her sister, she was initiated to life in America, and landed her first job with Byamn Home Healthcare as a Certified Nurse Assistant (CNA). Enis (mama) was a kind and compassionate person, always available with a listening ear to a friend or patient’s problem and would always try her best to offer some solution to the situation at hand. She recognized that she would pass this way but once so she determined not to defer in showing kindness, making those around her know she loved and cared about them at all times. When you spoke with or about Mama, you spoke about peace.

In her later years, she moved to New York and lived with her daughter Cynthia, but she would still travel many miles to her place of work in New Jersey. As the years went by, Mama’s health began to decline. She relocated permanently to Roosevelt, New York and soon took up residence with her children. Throughout the course of time, even though her strength waned and she was now considered a shut-in, Mama was still an avid church enthusiast, as she witnessed and prayed with her many caregivers. Ms. Maria was one impressive and zealous caregiver who conversed with Mama about the scriptures as she worked, and now is a baptized member of Mama’s church. Even in her circumstances, Mama remained enlisted on the mission field.

On January 9, 2021 the Lord saw it fit to relieve mama from her pains. She went to sleep with the Blessed Hope of the “Golden Morning.” Enis Brent Brissett-Davis fought a good fight, she finished her course and she kept the faith.

A loving and caring mother, grandmother and great grandmother who exemplified dedication, hard work and commitment in all she did, will be greatly missed by those who knew and loved her. She is gone but will never be forgotten. She touched so many people’s lives in such a positive way and she has certainly left this world better than she found it.

Enis (mama) leaves to lovingly cherish her memory - her husband Hubert, her children: Delroy (Dorcas), Errol, Paul (Newsworthy) Cynthia, Earl (Charmaine) Janet (Anthony) Lorna, Carole (Shawn) Monica, Polly, grandchildren, great grandchildren, one brother Palri, three sisters Amanda and Girlie and Zinna, as well as a host of nieces, nephews, cousins, extended family members and friends, colleagues and other relatives. Her brother Owen along with her sister Pearl preceded her, and so too did her sons Teddy and Harold.  She sure will see them and us One Great Gettin Up Morning.

Enis (mama) has left us with a void that only God can fill. Eighty-seven precious years were her allotment from God, and a great eighty-seven years they were. We have this hope that we will be reunited with her on that Great Day when death will no longer separate us. The song of Enis (mama) has ended but the melody lingers on.

Sleep on dearest mother, wife, grandmother, great grandmother sister and friend. Better days are coming, by and by. May she sleep in perfect peace.

To send flowers to the family or plant a tree in memory of Enis Davis, please visit Tribute Store
Wednesday
3
February

Share Your Memory of
Enis
Upload Your Memory View All Memories
Be the first to upload a memory!
Share A Memory
Send Flowers
Plant a Tree