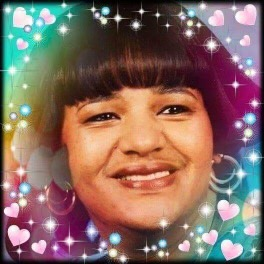 Evangelist Rosa Lee Brown was born on November 10, 1952 to the late Handy Brown, Sr. and Thelma Powe-Brown in Cheraw, South Carolina.  She was the ninth of seventeen children.

Rosa moved from Cheraw, South Carolina and relocated to Westbury, New York in 1971, where she would graduate from Westbury High School in 1974.  Shortly after graduating, she moved to Hempstead, New York.  She worked for Franklin Street Elementary School as a bus monitor and subsequently began working at Nassau County Medical Center in East Meadow, New York in 1980.  Rosa was blessed to retire in 2006 after many years of faithful service.

Rosa gave birth to her one and only son, Kevin Maurice Brown, on July 29, 1976.   She married the love of her life, Reverend James Brown, on November 10, 1984.   Rosa was a dedicated wife to James, a loving mother to Kevin and a devoted and loving grandmother to Kyron.

Rosa joined the Unity Pentecostal Church in Hempstead, New York under pastorate of the late Rev. Dr. Pearl Marie Brown.  After serving as a missionary, trustee and choir member, Rosa accepted her call to the gospel ministry and was licensed as an Evangelist.

Evangelistic work was a very important part of her everyday life.  Rosa would walk around the hospital and minister to the patients and staff and often bring them to church.  She was a living epistle that took heed to The Great Commission, where it says in Matthew 28:19-20, “Go ye therefore, and teach all nations, baptizing them in the name of the Father, and of the Son, and of the Holy Ghost.  Teaching them to observe all things whatsoever I have commanded you: and, lo, I am with you always, even unto the end of the world.”

“Everything that happened to me that was good God did it.”

Throughout her life, Rosa was a warrior.   In spite of health challenges, she continued to do the work of an Evangelist and be a stalwart for her family and friends.  Rosa had strong faith and loved her Lord and Savior, Jesus Christ.  She was an example of a godly woman who put her faith first in all that she did.

To send flowers to the family or plant a tree in memory of Rosa Brown, please visit Tribute Store
Tuesday
19
January

Share Your Memory of
Rosa
Upload Your Memory View All Memories
Be the first to upload a memory!
Share A Memory
Send Flowers
Plant a Tree