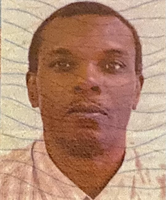 Lafford was born on September 24, 1961 to Ellofay Martin Brydson & the late Alpheus Valentine in Jamaica, West Indies. During his middle school years he migrated to Long Island New York where he continued his education at Hempstead middle school and advanced to Hempstead High School.

Unfortunately in his early 20's he became disabled. He had to stop working and was unable to pursue the career he desired. Despite that, he was loved by his family and was a very important part of their lives. He attempted to navigate life as best as he can despite the cards he was dealt and taught us what it meant to love unconditionally. Lafford will truly be missed. Laughing with him about how heavy his bag with dvd's were and his need to still add to his collection is one of the many memories we will never forget.

We are comforted knowing he is no longer suffering and is in God's loving hands.