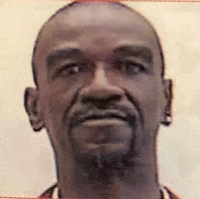 Calvin Harrison Jr. entered this world on November 19, 1943, in Harlem NY as the third child and only son to the late Calvin Harrison and Beatrice Jones and raised by his grandmother Laura Davis. As a teenager he attended Wadleigh High School. As a young adult he worked in the Jewish synagogue as a cook.  Calvin also had a passion for painting, known as one of the best painters/handymen around.

To know and speak with Calvin aka Junior, you could not deny the knowledge and wisdom he acquired throughout the years. He loved to help people and could relate to them on all levels. He was a man of few words, very laid-back manner but a heart of pure gold. He lived a full life and was an inspiration to many.

“Many people will walk in and out of your life, but only true friends will leave footprints on your heart.” – Eleanor Roosevelt