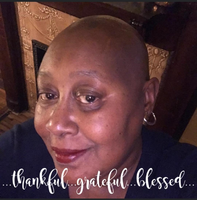 Narlene J Holloway, was born June 29 1953 in Mineola, NY to John and Edith Holloway. She grew up in North Carolina and Hempstead, New York and attended Hempstead public schools.She was a very caring person and a very loving mother and grand mother. She worked as an Addiction Counselor Assistant. Narlene enjoyed going out and dancing with her friends to house music. That was her favorite thing to do.